What might (hopefully) these two men have in common?  Read on! 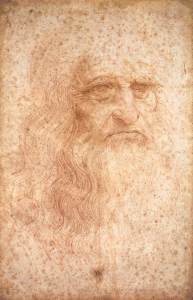 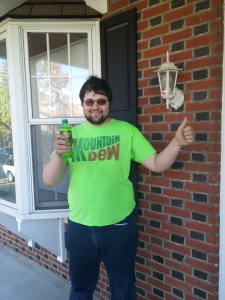 If I was ever to drive (I don’t currently), and if I was to pursue the “personalized plate” option, there are two options from there.  One could be “80 EIGHT”, for 1988, my birth year.  More presently appropriate, however, would be the preference of “REN MAN,” which, you guessed it, means “Renaissance man,” also known as a “polymath.”  But I’ll worry about that then, despite Philadelphia’s SEPTA service being sub-par.

As a lover of textbooks, educational websites/TV, and anything that increases knowledge (and of course, with the Bible as the centerpiece of it all, that does more than inform, but transforms) both before and after collegiate studies, somewhere in my adult life I may adequately qualify as a “21st century Renaissance man.”  Sounds a little oxymoronic, but hey, following the regional radio ad, anything can happen!  (Inside or or out of New Jersey.)  By the way, in college, I may major in chemistry, since it is the “central science” that virtually everything else depends on, for, after all, everything is composed of chemicals.

“Frank Carr learned, Frank Carr learns, Frank Carr will always learn!”  I’m no communist like Lenin was, but the paraphrase fits the bill.  And of course, once I’m 6 feet under (no morbidity intended!) I’ll be with the Lord anyway, so earthly facts may or may not be relevant, though at this point, most of my “secular” learning is God-glorifying, particularly in its potential to allow for more intimacy with God through the wonders of His created natural and social world.

And once I do have an adequate knowledge of a multitude of subjects, maybe some clever applications can come forth.  Even in the Bible!  For example, my knowledge of transpiration gave an extra insight (though not essential, as these are recent scientific discoveries involved, unheard of in either Testament), in the passage of Jeremiah 4:11,12, which I will make a separate post concerning that shortly.  There have been many candid applications and notices of knowledge of information that isn’t intrinsically practical (e.g., on the now-ended CSI, where a cranial structure in the eye socket that was learned personally, was mentioned).  But I’ll try not to burn myself out though, cf. Eccl. 12:12, and find a place to draw the line.

And remember, knowledge is best when applied.  Maybe many different hobbies could pop up throughout my adult life, comprising the rest of the early portions, middle age, and especially, my golden years (though I better not get dementia/Alzheimer’s too soon!).  This could range from hydroponics to dog breeding to running a weather station for a TV or radio station to political lobbying and activism.

Three words:  Knowledge is power!  Plus four more:  Glorify God with it!