If there is one word that defines my activity in life, that would be “plan.”  While I do enjoy things now, sometimes I make too many long-term goals, which turns into substantial worry and uneasiness in life.  As you have seen in the recent posts dealing with educational qualms, there is nothing wrong with learning things unconventionally.  And while I am more open minded than I used to be concerning plans, I still find myself preoccupied with the goal for a certain career and other future factors.

Well, the answer is simple:  one day at a time!  I brag about it more than I adhere to it.  In Mat 6:34, Jesus said not to worry about tomorrow.  And even tomorrow isn’t guaranteed, let alone next month, next year, etc.  Yet I am so focused on coordinating future plans not for what they will be, but what they should be.  College dreams are a top example. 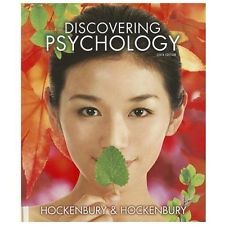 The first textbook in the above row is the one currently for school use, which I currently use for my lone college class this semester in Psychology.  The middle text is an aging (dating from 2002) but still amazing text dealing with cell biology, heavy both literally and figuratively.  (It contains over 1600 pages!)  That textbook, like most I obtain, is “just for fun.”  And with enough prep from that and further knowledge of chemistry (especially organic), and the fact that both introductory and organic chemistry have good online texts, I’ll be ready for the right-hand book on plant physiology, which I have owned countless times, in different editions (one of which was a rental).  This copy isn’t current either (also from 2002), but it sufficed for the price.  And again, I intend it for mere pleasure reading.  By the way, it hasn’t arrived yet; it’s still in the mail.

An out-of-print book from 1978 (which therefore makes it somewhat obsolete but still with some truth), entitled College on Your Own, reveals how you can rival college-level expertise in a number of fields, such as history, math, science, psychology, philosophy, economics, etc.  While I enjoy classroom settings, I am equally apt at self-learning, wherein the latter may in fact may allow for more “personally relevant” applications and implications.  As you may guess, the book equally advocates both degree completion (for career potential) and personal knowledge (just for the sake of it, which, as a Christian myself, can help expose God’s wonders in nature more intimately.)

Finally, being Sunday as I type this portion, I thought I would it would be appropriate to include a summary of my church service’s sermon!  It was out of Esther, a book known to be the only book In Scripture not to mention the name “God.”  We all know about the fact we should take up our cross and follow Jesus, and do what is right even when it isn’t always fun.  (In a nutshell, the Jews were about to be exterminated, and Esther (a Jew) takes the great risk of entering a potentially lethal situation, to protect the Jews.  In a way, Jesus was the ultimate Esther, since, as God incarnate, while He was sinless, He became sin to absolve believers from their sin, in his Passion culminating in his death, followed by resurrection.)  And this is an eternal sacrifice, not just the temporal one faced by Esther.

So for me, what does this mean, based on the “one day at a time” mantra?  Well, God is sovereign and the people, places, and things in life he brings are all part of his grand scheme (cf. Rom 8:28).  And they need not always be pleasant.  You never know what’s going to happen next year, or even tomorrow (which isn’t guaranteed anyway).  Thus, we should embrace what you can do now rather than worry or excessively plan the next steps.

Some science for your Saturday!  I got this from a blog written by botanists who, while having a PhD, observes many of the more mundane aspects of botany, particularly plants as food.

Source: How giant pumpkins got so big: A Q&A with Jessica Savage

If I was to just consult a “popular” or other summarized source, the writers decide what details go in and what gets cut out.  But if you do the summarizing from something “heavier” (like a textbook, peer-reviewed journal, etc.), you get to summarize whatever you want, and get your own product.

Of course, both the heavy stuff (which needs to be summarized by your own effort for full understanding) and “light” or “popular” sources can work as a team, as all good research includes.  Using a cooking analogy (since I love to cook), it’s kind of like mixing natural and processed foods.  Natural foods (which we’ll compare to the “heavy” reading) can be mixed with those “processed” foods that have been around the block, just like a summary.  Processing includes all the added and modified ingredients and the, yes, processes used together.  Combining them can turn into a meal.  Summarizing (and its typical complement, paraphrasing, or changing the wording) is a process on writing.  Light and heavy materials can be used together in personal understanding of a topic.

And don’t get trapped into thinking that something is simply “over your head” and thus dismissing it as a source.  Reading is an exercise of the mind, so if it isn’t over your head, it’s probably too easy.  As you perform these mental calisthenics, you improve your capacity of intake and take it to new heights.  (This very logic is from the book called “How to Read a Book,” by Mortimer J. Adler).  And technical terms and concepts, in this information age, thanks to Google, are just a click away from their description.

Probably the biggest barrier is math, found often in science articles.  But this phobia is merely caused by first glances, if you learn the appropriate level of math (and the knowledge needed is usually theoretical and rarely, if ever, computational), an equation will feel more like a “puzzle,” just like crosswords, word searches, jigsaw, and Sudoku.  The pain (or at least fear) thereof can potentially turn into a pleasure, hopefully.

I would still advise people who use this strategy, nifty as it is, not to publish it to mass audiences (except if they are truly expert).  This may compromise accuracy, since after all, you are most likely not a professional in that field.  You can share it orally or otherwise personally as much as you like, though.

So, ready to climb Mt. Reader?

As much as I love skimming (or better yet, reading thoroughly) textbooks, especially in the sciences, I think there were some pet peeves with them that led to irrational embarrassment.
One was “holding it in to the max.” But in reality, small details of many kinds (whether they’re times, people, places, things, steps of processes, you name it) may be less important, in the long run, than the overall “take-home” message.  While all are factual, it’s an art of sorts to determine whats important (especially when a certain purpose is in mind).  Thus, using that logic, I can easily let go of books (whether they’re texts or not) that I’ve gotten a general message out of.  After all, when you’ve gotten the main points, you might as well move on!  (By the way, whether in fiction or nonfiction, excessive detail can get obnoxious, and as they say, it can “bog you down.”)
Facts aren’t meant to be dwelt upon constantly, but to be a resource for you when you need. And consider the analogy of a filing cabinet (or better yet, a computer’s hard drive), they may be retrieved primarily in times of greatest relevance.  It’s happened on a CSI episode, in a reading of Scripture (a Psalm, in fact), and perhaps other times.  Not to mention “photographic memories” are rare, and like most people, I don’t have one.  I may have tendencies toward one, but that’s beside the point.
Another pet peeve was their marketing “audience,” but who are THEY to control who buys what? Even if they intend them chiefly for students, a layman, if he wanted, can buy them if he wants!  It’s his business, especially in the age of Amazon.  A mere 20 or so years ago, you were lucky if you could get such a thing, since usually they were sold (new or used) on college campuses with their students in mind.  But thanks to technology, now it’s a snap.
Yet another pet peeve is since I potentially plan to study this stuff in college, that could make decisions tighter, especially due to the lectures and labs included that could be of worth.  But again, it isn’t certain, and things must be done one day at a time anyway.
But perhaps if I was to avoid all true textbooks and just stick with the popular press, it wouldn’t be a matter of depth, but breadth.  It would be my job to combine resources as such.  And that’s the joy of research (including Googling)!
Also, I must also keep in mind when shopping for textbooks and other nonfiction to avoid “old” subjects, since after all, I’ve learned them already!  Whether or not the details are sharp or not, in any case, you will know more about it before you read the book (or in many cases), took a course using the book.
My final analysis?  Don’t hinder something that you enjoy doing, or make it a “guilty pleasure” for an irrational reason.  (Is that an oxymoron?)